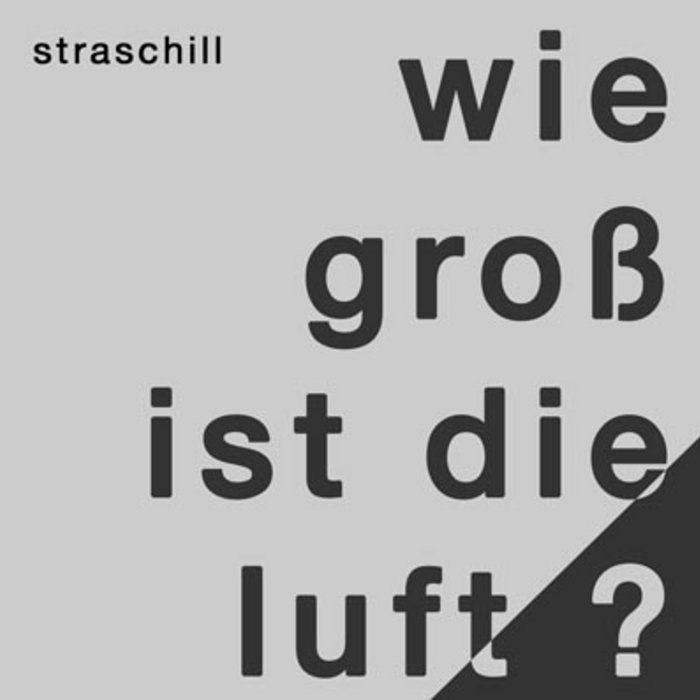 The MoinSound 2008 World Tour - Straschill's most ambitious and biggest tour so far. Wie groß ist die Luft ? is a documentation of that tour, or more specifically of Straschill's trombone-oriented performances in it.

The album features tracks from the concerts at BEMF3 and the Berlin Live Looping Festival, and sees the performer alone with his signature "komische Elektronik" (whimsical electronics), as well as with featured artists Motoko Honda (grand piano, electronics), Krispen Hartung (nylon-string acoustic guitar) and TJ Shredder (even more whimsical electronics).